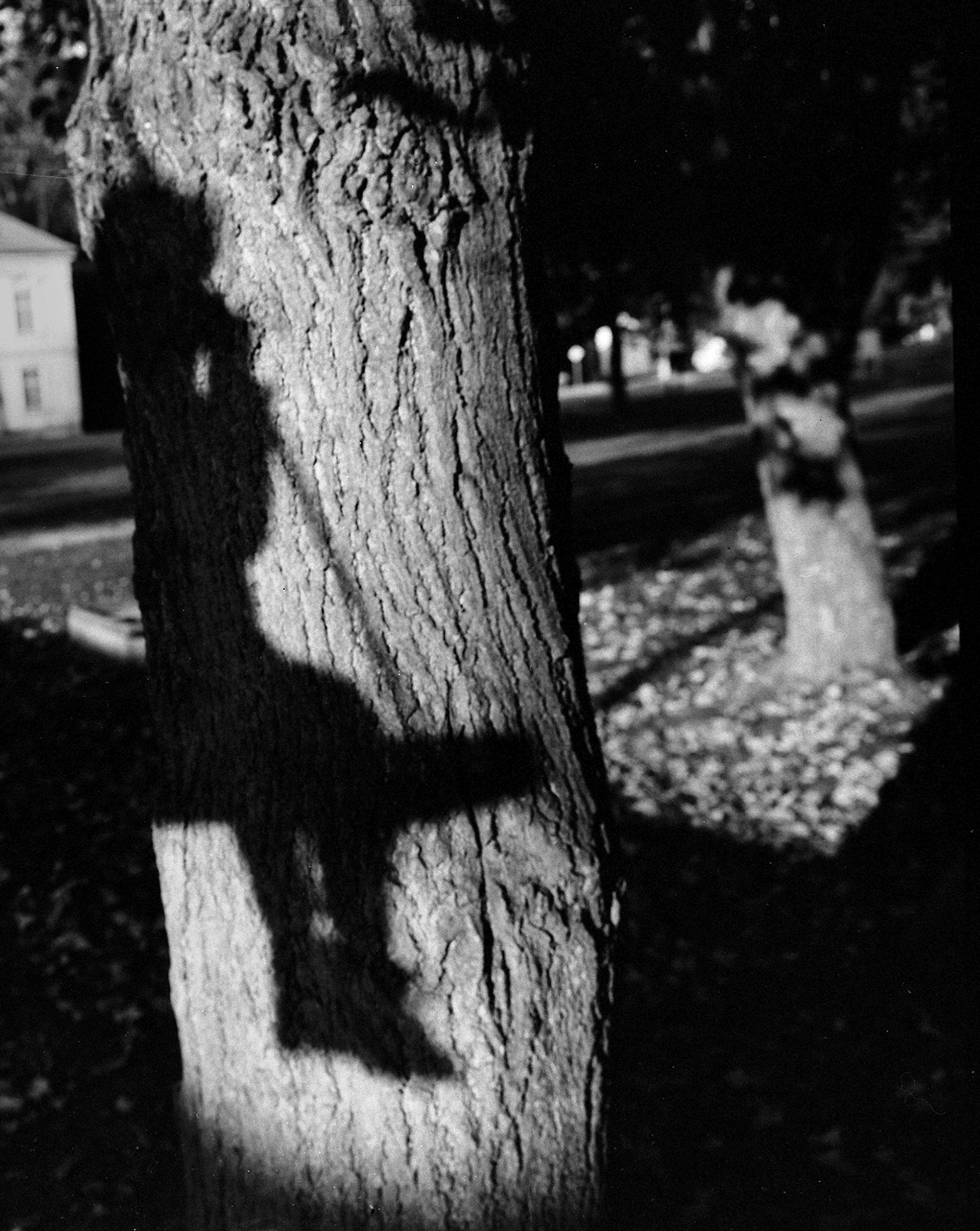 My Father Tore Out Of The House

I grew up in New Iberia, Louisiana, a sleepy town best known for the meandering Bayou Teche, the Shadows-on-the-Teche plantation house, and boudin, a Cajun delicacy (if that’s the right word) of rice, pork, pepper, and spices stuffed into a pig-intestine casing. People ate it in oyster-shell parking lots while they leaned against the hoods of their pickup trucks or Cadillacs.

Dad preferred hot tamales. He ate several as we drove down the two-lane road, under the limbs of mossy oaks and past stands of slash pine, to the city of Lafayette. We were on our way to Sears and Roebuck, which was the superstore back then, before Wal-Mart came to every small town in America. Dad smacked his lips and wiped the tamale grease from his hands onto the paper bag between us. “What you want for your birthday?”

His mood was good, and I knew my fate that day depended on his mood. He was in his late thirties (younger than I am now) and worked long hours as an accountant and part-time driver for a company that serviced oil rigs in the Gulf of Mexico. He didn’t make much money and had four kids, with another on the way. About to turn eight, I was the oldest. He was the kind of dad who, in a foul mood, used his belt as a “strap.” It was what his father had done to him.

“A BB gun?” He grunted. “I don’t know what your mother would think about that.” Then he chuckled at the thought of her distress and reached into the paper bag for another tamale. After they were all gone, he lit up a cigarette, which he called a “heater.” I cranked the window down a bit because the smell of the smoke nauseated me. His mood was so mellow that he didn’t reach over as usual to slap me in the head and make me close the window to keep out the “bad air.”

I had a bag of marbles — peewees, cat’s-eyes, and a large agate shooter — and I passed many days playing with them in a patch of the backyard where the grass wouldn’t grow. But I was getting too old for such games.

At Sears in Lafayette my father and I walked together down the aisles. He wore a checkered shirt and shiny slacks and still had a cigarette in his hand; in those days people smoked while they shopped. He checked his wallet for his Sears card, which was the only credit card he carried. “I want you to look at the tents,” he said.

I looked at them. I imagined sleeping in one in the backyard with a flashlight and a transistor radio and maybe a puppy, if Dad would ever allow us to have a dog. But I still wanted a BB gun.

A salesman sauntered over. He was my American-history teacher, a big man with broken veins in his nose and a Cajun accent. He must have been moonlighting to make ends meet. “What I can do you for, sir?” he asked Dad.

“It’s my son’s birthday,” my father said, a little bashful around this salesman in an expensive sports coat. “I thought I could convince him to get a tent, but he wants an air gun.”

“Is that right?” The salesman eyed me like prey, no glint of recognition in his eyes. My cheeks turned hot. “What kind of air gun you got in mind, you?”

“A BB gun? You don’t say.” He pinched one of my ears. “If I sell you one of them BB guns, you’re not gonna take someone’s eye out, are you?”

I stared miserably at the ground until his attention shifted to my father, and the two of them negotiated a deal.

An hour later I was in my backyard taking potshots at birds, which scattered in flight like the pile of peewee marbles I liked to clobber with my agate shooter. I loved the sound the gun made when I cocked it and the BB fell into place. I couldn’t stop stroking the engraved wood stock, as smooth to the touch as my mother’s prized dining-room table. She was inside just then, berating my father for buying me the BB gun. I could hear them through an open window. “Dottie,” he said, “don’t talk about something you don’t know anything about. He’s a boy. He wants a gun. One day he’ll be a man, and he’ll go to war. That’s what a man does.” His words made my chest swell.

The cylindrical cardboard container of BBs felt like power in my hand, and I shook it to hear the metal balls rattle, then poured them into the air rifle and aimed thoughtlessly at the trunk of a tree or a leaf or a telephone pole. I was no longer the good student, the bashful son my father had once called “backward”; a boy in pressed jeans and T-shirt, hair slicked down as if glued. I was a lonely cowboy striding through the backcountry in search of something to shoot. I was Davy Crockett, Roy Rogers, or the Sky King, whose adventures I’d listened to on the radio. I had a BB gun. My brother was a year younger and half a foot taller than I was, and he won most of our fights, but I had a BB gun.

One lazy Sunday afternoon when the mosquitoes were particularly bad, I was out with my BB gun and saw my brother sitting in the shade of an oak, swatting at the bugs. He and I shared a small bedroom and had a ferocious sibling rivalry that our father encouraged. At Sunday Mass we would jostle each other until we had to be separated. When angered, my brother would attack blindly, and he broke my nose twice with his wild swings. I would protect myself but wouldn’t hit back.

Now I thought I would shoot him, just to see if he could tell the difference between a BB and a bug bite.

He could. The BB zinged off his arm, and he howled.

My father tore out of the house in his boxer shorts and a ribbed undershirt. He had been drinking gin, and after a Sunday meal of pot roast and potatoes around noon he’d fallen asleep on the couch watching football. My brother’s yelp must have awakened him.

My father didn’t have to ask what had happened. “You could have killed your brother, God damn you!” My brother retreated into my mother’s arms as my father reached to grab the air rifle from my hands. I surrendered it meekly, expecting not to see it again for a week or more. I could have forgiven him for that — I knew I had done a bad thing — but I couldn’t forgive him for what he did next, at least not until years later, when my own legacy as a flawed father helped me understand how love exists alongside anger. I wish I had known this sooner, but if we waited to have kids until after we understood ourselves, the human race would die out.

My father broke the BB gun over his knee — like a toy, I thought — and hurled the two splintered pieces across the yard. One piece clunked against the chain-link fence and leaned there. The other cleared the fence and landed in the neighbors’ sandbox. Then my father stared at me, his jaw working as if he might do to me what he’d done to the gun. Instead he slapped me — an open-handed, off-balance swing that glanced off my face — and turned and stomped back into the house, slamming the screen door behind him.

My family shunned me for the rest of the afternoon. I had the yard to myself, and I still had my bag of marbles, but I was just a gawky kid again, and it was just a yard in the small town of New Iberia on the Bayou Teche and not a field of freedom and promise where the Sky King of Flying Crown Ranch might land his plane, the Songbird, and get out with his cute niece Penny by his side, so that he and I could fight evil together, guns blazing, while Penny gazed in admiration at my shining rifle and my sharp aim. 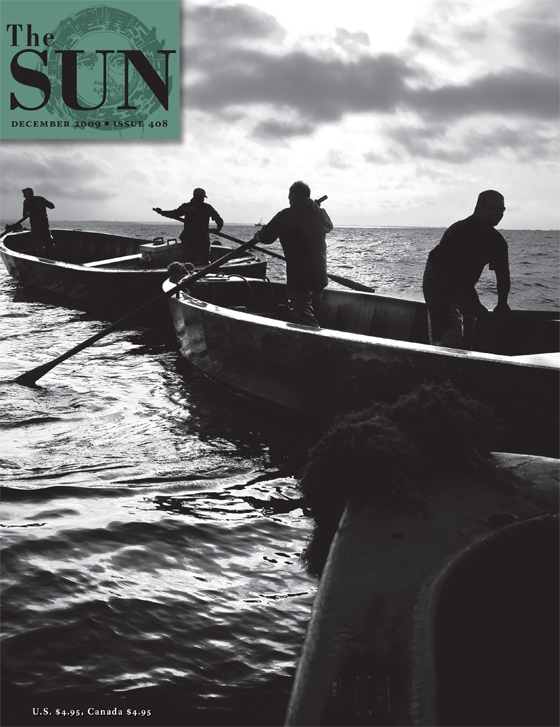 The Dog, In The Presence Of Wolves

By Our Readers
The Sun Interview

David Petersen On The Ethics Of Killing Animals For Food

The Other Side Of St. Francis

By Judy Bratten
More from the archives
close